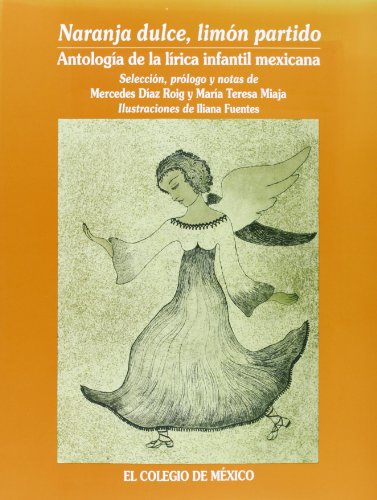 Whoever the children are in your life - your kids, your grandkids, your students, even yourself in your heart - Kid Songs Around The World is a wonderful way to help them experience other languages and cultures. We've gathered of our favorite songs and rhymes from all the continents of the globe. Each song includes the full text in the original language, with an English translation, and most include sheet music.

All include links to web pages where you can listen to recordings, hear the tune or watch a video performance. Each includes a beautiful illustration. Many have commentary sent to us by our correspondents who write about the history of the songs and what they've meant in their lives.

We hope this book will help foster a love of international children's songs! Naranja dulce Puerto Rico. Notes Jeannette Nieves, sent this song with the note, "Hi, today I was looking for kids songs and I came across your website that moved me much. Thanks and Acknowledgements Many thanks to Jeannette Nieves for contributing this song. Mama Lisa's Books Our books feature songs in the original languages, with translations into English. Kid Songs Around The World. Language Learning Made Fun! Christmas Carols Around The World. More Songs From Puerto Rico. Songs in the Spanish Language.

Articles about Puerto Rico. Mama Lisa's Blog Music, culture and traditions from all around the world! Learn 40 Languages for Free on the Internet Open Culture has a page of free language learning links covering 40 languages. We've combined the most accurate English to Spanish translations, dictionary, verb conjugations, and Spanish to English translators into one very powerful search box. Try Fluencia, the new Spanish learning program from SpanishDict. Inaccurate Unclear Missing translations Missing conjugations Other. Want to Learn Spanish? SpanishDict is the world's most popular Spanish-English dictionary, translation, and learning website.


SpanishDict is devoted to improving our site based on user feedback and introducing new and innovative features that will continue to help people learn and love the Spanish language. Christmas trees were still a strange gringo custom for most of our neighbors, but each year we picked something to decorate, this household of transplanted New Yorkers — my Puerto Rican mother, my Jewish father and the two, then three of us "Americanito" kids growing up like wild guayabas on an overgrown and half-abandoned coffee farm. One year we cut a miniature grove of bamboo and folded dozens of tiny origami cranes in gold and silver paper to hang on the branches.

Sometimes it was boughs of Australian pine hung with old ornaments we brought with us from New York in , those pearly ones with the inverted cones carved into their sides like funnels of fluted silver and gold light. But there were also packages.


We had one serious sweet tooth on each side of the family. Every year my Jewish grandmother sent metal tins full of brightly wrapped toffee in iridescent paper that my brother and I saved for weeks. Every year my Puerto Rican grandfather sent boxes of Jordan almonds in sugary pastels and jumbo packs of Hershey's kisses and Tootsie rolls.

Of course, this was also the season of rum, of careening jeep loads of festive people in constant motion up and down the narrow twisting roads of the mountains. You could hear the laughter and loud voices fade and blare as they wound in and out of the curves.

All along the roadsides were shrines, white crosses or painted rocks with artificial flowers and the dates of horrible accidents: Some of those ravines still held the rusted frames of old trucks and cars no one knew how to retrieve after the bodies were taken home for burial. It was rum, the year my best friend's father died.

Early Navidades, just coming into December and parties already in full swing. Chiqui, Tita, Chinita and I spent a lot of time out in the road, while inside, women in black dresses prayed, cleaned and cooked. Every so often one of them would come out on the porch and call Tita or Chiqui, who were cousins, to get something from the store, or go down the hill to the spring to fetch another couple of buckets of water. Puerto Rican mountain schoolgirls.

No one in Indiera was called by their real name. The few names people used became soft and blurred in our mouths, in the country Puerto Rican Spanish we inherited from Andalucian immigrants who settled in those hills centuries ago and kept as far as they could from Church and State alike.

Every morning the radio announced all the saints whose names could be given to children born that day, which is presumably how people ended up with names like Migdonio, Eduvigis and Idelfonso. Anyway, Tata's father was dying of alcoholism, his liver finally surrendering to forty or fifty years of heavy drinking and perhaps his heart collapsing under the weight of all the beatings and abuse he had dished out to his wife and fourteen children.

Tata was his youngest child — ten, scrawny, fast on her feet. Her city nieces and nephews were older, but in the solemn days of waiting for death, she played her status for all it was worth, scolding them for laughing or playing, reminding them that she was their aunt, and must be respected. All day the women swept and washed and cooked and in the heat of the afternoon sat sipping coffee, talking softly on the porch.

In our classroom, where we also awaited news of the death, we were deep into the usual holiday rituals of public school. The girls cut out poinsettia flowers from red construction paper and the boys got to climb on chairs to help Meesee Torres hang garishly colored pictures of the Three Kings above the blackboard. We practiced singing "Alegria, Alegria, Alegria" and during Spanish class we read stories of miraculous generosity and goodwill. Late one Tuesday afternoon after school, we heard the wailing break out across the road and the next day Meesee Torres made us all line up and walk up the hill to Tata's house to pay our respects.

We filed into their living room, past the open coffin, each placed a single flower in the vase Meessee had brought, then filed out again. What astonished me was how small Don Miguel looked, nested in white satin, just a little brown man without those bulging veins of rage at his temples and the heavy hands waiting to hit. The next night the velorio began. The road was full of jeeps and city cars, and more dressed up relatives than ever before spilled out of the little house.